'Cryptoriana - The Seductiveness of Decay' OUT NOW! 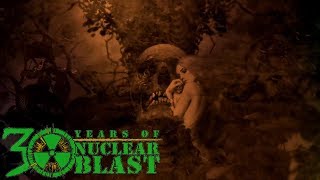 UK's legendary extreme metal icons Cradle of Filth have released the official lyric video for the venomous new song 'Achingly Beautiful'. The song comes off the band's upcoming album 'Cryptoriana - The Seductiveness Of Decay'. Commented Dani Filth: "Influenced by the stories of E.F Benson, Sir Arthur Conan Doyle, H.Rider Haggard, Oscar Wilde, Arthur Machen and Algernon Blackwood to shame but a few, this song concerns itself with a spectral guest at a great masked ball who, (d

Cradle of Filth are confirmed to play at Vagos Metal Fest 2018! Tickets and info: www.vagosmetalfest.com "Having recently released the European dates from the Cryptoriana World Tour we’ve been inundated with fans asking why, as were touring with a Portuguese band as our Special Guests, we were not visiting Portugal. The answer to that is simply because Moonspell are headlining Portugal themselves prior to our tour, so it made little sense. However… Because of the dema

VIP UPGRADES ADDED FOR CRADLE OF FILTH’S SATURDAY NIGHT AT THE LONDON PALLADIUM!

CRUELTY AND THE BEAST RELEASED 1ST NOVEMBER (MUSIC FOR NATIONS)

CRADLE OF FILTH ANNOUNCE SATURDAY NIGHT AT THE LONDON PALLADIUM!

Headlining off dates whilst with Danzig.

Cradle Of Filth to support Danzig in the USA!